The Curators are senior members of the University who are responsible for the care of the Theatre and monitor its use. They are the Vice-Chancellor, the Proctors and Assessor, and three elected members of Congregation 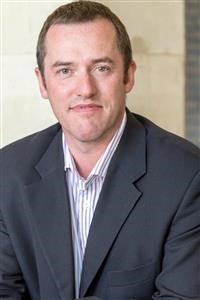 Head of Humanities Research Support and a member of the Humanities Division senior management team. Andrew is also a trustee of Oxford’s Arts at the Old Fire Station in George Street.

He was awarded a doctorate in Imperial and Commonwealth History from Oxford University in 2002.

Andrew was elected in Trinity 2017 and will hold the post until Michaelmas 2023. 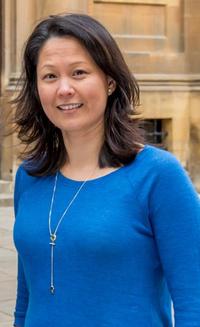 Finance Manager of the Department of Economics. On completion of her MBA whilst working in corporate finance, Genevieve relocated to Oxford in 2006 and now considers this city her home.

Genevieve was elected in Trinity 2018 and will hold the post until Michaelmas 2024. 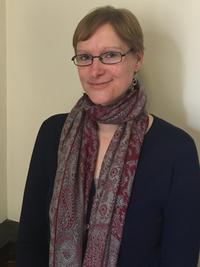 Supernumerary Fellow at Brasenose College, Director of Student Welfare and Support Services, and current DPhil. Student of the Faculty of Classics. Having studied at Newcastle University and then the University of Oxford receiving an MSt and MA, Gillian then went on to become a Senior Tutor at Wolfson College.

As Director of Student Welfare and Support Services, Gillian is now responsible for the University Counselling Service and Disability Advisory Service.  She works closely with colleagues across the collegiate university on student welfare, including policy work and casework. Gillian continues to pursue her research on the history of insanity in the classical world and is focused on feigned madness.

Gillian was elected in Trinity 2019 and will hold the post until Michaelmas 2025.